How to Earn Interest on XRP

f you're like most people, you probably think of cryptocurrency as a speculative investment. And while it's true that the prices of digital assets can be volatile, there's more to crypto than just buying and selling tokens. One way to get more out of your digital investments is to earn interest on them.

XRP (also known as Ripple) is a prime example of a cryptocurrency that offers interest-bearing accounts. Here's everything you need to know about how they work and how you can start to earn interest on XRP holdings.

What Is the History of XRP?

What Is the XRP Supply?

How Can I Earn Interest on XRP?

Methods to Earn Interest on XRP

How Much Interest Can I Earn on XRP?

What Is the Future of XRP?

Disclaimer: All of the information written on Coincrop is without influence and based on our analysis. No guarantee is offered concerning the accuracy of this information and therefore, any individual following up on it does as such completely at their own risk. Rates are correct at time of publication.

XRP is a digital asset that was created by Ripple, a company that specializes in providing global financial settlement solutions.

XRP can be used to fund transactions on the Ripple network or exchanged for other currencies. One of the unique features of XRP is that it offers a built-in currency exchange.

XRP can be bought and sold on a number of different exchanges, including Coinbase, Kraken, and Binance. You can also earn interest on XRP holdings by depositing them into a Ripple-supported wallet.

What Is the History of XRP?

Ryan Fugger designed Ripple in 2004 as a way to decentralize the monetary system and give power back to individuals and communities. He later created the first version of this system, RipplePay.com.

In May 2011, Jed McCaleb began working on a digital currency system in which transactions were verified by agreement among network members rather than by Bitcoin's mining process. 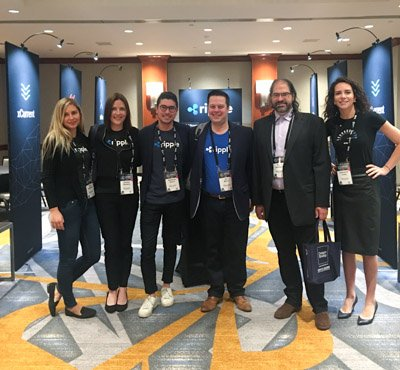 In 2012, Jed McCaleb recruited Chris Larsen to help him with his digital currency idea. They then went to Ryan Fugger for discussion and advice, after hearing what the team had to say, he decided to hand over authority September of that same year and on September 26, 2013, OpenCoin officially became Ripple Labs, Inc.

The larger team behind Ripple and XRP is experienced and has a long history in the payments industry. They are well-funded and have a strong commitment to compliance. This makes them one of the most trusted companies in the cryptocurrency space.

XRP can be used to facilitate international money transfers and has been adopted by several banks and financial institutions.

What Is the XRP Supply?

XRP has faced some criticism because of its close association with Ripple. Some people believe that XRP is too centralized because Ripple owns a large percentage of the total supply of XRP. However, XRP has been working to decentralize the protocol and has plans to release 55 billion coins into circulation.

XRP is also being tested by a number of other companies for various use cases. For example, Japanese internet giant GMO Group is testing XRP for use in its payments processing business. And retail giant PNC is testing XRP as a way to settlement payments between its institutional clients.

How Can I Earn Interest on XRP? 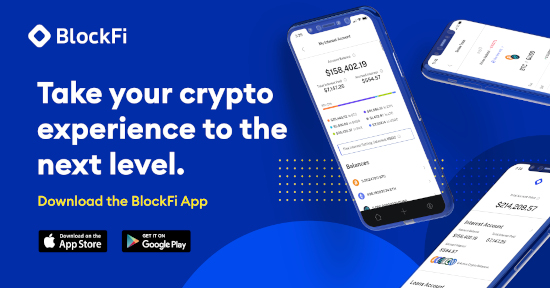 There are a few different ways to earn interest on XRP holdings. You can lend out your XRP through a lending service, participate in the XRP consensus process by running a validator node, or simply hold your XRP in a Ledger account, a number of these are shown above.

If you choose to lend out your XRP, you can do so through a number of different lending platforms. These platforms will typically offer you a variable interest rate based on the amount of XRP you have deposited and the length of time you are willing to lend it out for, this is another great way to earn interest on XRP.

If you choose to run a validator node, you will earn a static interest rate set by the Ripple network. This rate is currently 0.5% per year. In order to run a node, you will need to have a minimum of 1,000 XRP, again another great way to earn interest on XPR.

If you simply want to hold your XRP in a Ledger account, you will need to maintain a minimum balance of 20 XRP. You will then earn interest at the rate set by the Ripple network, which is currently 0.25% per year. No matter which method you choose, earn Interest on XRP is a great way to grow your XRP holdings without having to put any additional money into the system.

You can also earn interest on XRP by lending it out through a platform like Celsius Network. With Celsius Network, you can choose to lend your XRP for either 30 days or 90 days. Lending for a longer period of time will earn you more interest but comes with the risk that the value of XRP could go down during that time.

XRP Earn is a new service that allows you to earn interest on XRP holdings. With XRP Earn, you can choose to lend your XRP for either 30 days or 90 days. Again lending for a longer period of time will earn you more interest, but comes with the risk that the value of XRP could go down during that time.

If you need cash but don't want to sell your XRP, you can take out a loan against your XRP holdings through a platform like Blockfi.  Blockfi, you can borrow up to 50% of the value of your XRP, with interest rates starting at 8.6%.

As XRP continues to partner with new banks and financial institutions to promote the use of XRP for international money transfers. And more and more companies are testing XRP for various use cases. As cryptocurrency adoption grows, XRP is likely to become even more popular.

By considering these various option and a little due diligence you can earn Interest on XRP and grow your XRP holdings without having to put any additional money into the system. Choose the option that best suits your needs and start earning interest today.

Methods to Earn Interest on XRP

How Much Interest Can I Earn on XRP?

Below are a number of ways to earn interest on XRP:

XRP is one of the most compliant companies in the cryptocurrency space, but it has not been without a few bumps in the road and an ongoing lawsuit which does not seem to be going away.

In 2018, Ripple Labs was issued a private class action lawsuit that alleged it had created billions of coins "out of thin air" in what appeared to be an endless initial coin offering.

The SEC appears to have taken notice, initiating legal action against Ripple Labs and two of its executives in late 2020 for allegedly selling unregistered securities. They claimed that because XRP was being distributed by Ripple Labs in a centralized manner and had not been established by financial institutions as promised, it was a security rather than a commodity.

The executives of XRP have been accused of selling USD 1.38 billion dollars in order to fund the company and make a profit.

Aside from this ongoing battle they do have a long history of working with regulators and complying with laws and regulations. This compliance gives them an advantage over other cryptocurrencies, as it makes them more attractive to banks and financial institutions.

Ripple is a member of several industry associations, including the Blockchain Chamber of Commerce and the Security token Academy. These associations help to promote the adoption of Ripple and XRP by banks and other financial institutions.

What Is the Future of XRP?

The future of XRP remains positive. XRP continues to partner with new banks and financial institutions to promote the use of XRP for international money transfers. And more and more companies are testing XRP for various use cases.

As cryptocurrency adoption grows, XRP is likely to become even more popular. Earning interest on your XRP is a great way to grow your investment. There are many different ways to earn interest on XRP, including staking XRP, lending XRP, and using a platform like Compound.

So, if you're thinking about investing in XRP, now may be a good time to do so?

Jonathan is a Coincrop staff writer based in the UK, covering the best rates for cryptocurrency earning and borrowing products. When not at work, he's likely sailing.

July 2022 Guide to Earning With XRP